Back to Our Members 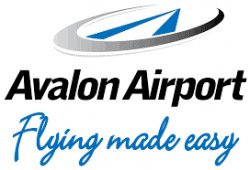 Avalon Airport is Flying Made Easy, aimed at offering passengers a convenient, uncomplicated and time-efficient service through pocket-friendly fares.

Established in 1997, and offering Jetstar flights since 2004, Avalon Airport has consistently recorded the highest load factors in the industry. These high load factors along are achieved through a mix of great on-time performance by Jetstar and a high quality and efficient airport operation.

Avalon Airport is owned by the Linfox Group, which recently celebrated 60 years in the forefront of corporate Australia. Today, the Group is broadly diversified in several growth industries covering freight, logistics and aviation and has consistently emerged as a market leader in every field they have entered. The Linfox Group also owns Essendon Airport, Luna Park, and Phillip Island Race-track, in addition to Linfox Logistics and Armaguard. The Linfox Group has earned a reputation as one of the most successful businesses in Australia.

Avalon Airport was founded in 1952, when the Commonwealth purchased 4,333 acres to enable the construction and testing of the Canberra Jet Bomber Aircraft.  Since then, Avalon Airport has played a key role in Australia’s aerospace industry.

In early 1997, Linfox purchased Avalon Airport from the Commonwealth.  Since taking over Avalon Airport, Linfox has invested many millions in upgrading the airport’s facilities and infrastructure.

On 1 June 2004, the first Jetstar passengers at Avalon used the Arrivals Terminal, Departures Terminal, a 900-space car park and all the infrastructure required to accommodate commercial airline passengers.

By joining the Committee for Wyndham, you will make a positive contribution to the growth and development of one of Australia’s fastest growing regions, and to its people and community.

C4W actively works with our members to ensure that they have a strong voice in Wyndham and beyond.

It is only through your commitment to C4W that we can continue to work for Wyndham’s growing and diverse community.

STAY UP TO DATE

Thanks for subscribing! Please check your email for further instructions.

Something went wrong. Please check your entries and try again.